Dennis Dozier Celebrated for Dedication to the Field of Law

Dennis Dozier Celebrated for Dedication to the Field of Law 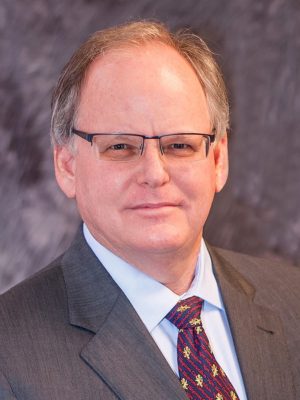 RINCON, GA, May 18, 2021 /24-7PressRelease/ -- Dennis Dozier has been included in Marquis Who's Who. As in all Marquis Who's Who biographical volumes, individuals profiled are selected on the basis of current reference value. Factors such as position, noteworthy accomplishments, visibility, and prominence in a field are all taken into account during the selection process.

With more than 25 years of unparalleled litigation and trial expertise, Mr. Dozier excels as an attorney with the Dozier Law P.C. Since 1995, he has developed a stellar reputation for the unfailing advocacy of his clients in the areas of personal injury, bankruptcy, estate, criminal defense and family law, as well as civil litigation. Due to his proven track record of excellence, he was presented with the John B. Miller Award for Outstanding Service to the Community from Savannah Bar Association in 2008. Additionally, Mr. Dozier has been recognized for his professional achievements through Omicron Delta Epsilon, Beta Gamma Sigma and Sigma Iota Epsilon.

Before embarking on his professional journey, Mr. Dozier earned a Bachelor of Science in economics from Georgia Southern University in 1976. Subsequently, he obtained a Master of Arts in business administration and a Doctor of Jurisprudence from the University of Georgia in 1978 and 1995, respectively. Upon his graduation from the aforementioned university, Mr. Dozier was admitted to practice law through the State Bar of Georgia, the Georgia Court of Appeals, the U.S. District Courts of the Southern, Middle and Northern Districts of Georgia, the U.S. Court of Appeals for the 11th Circuit and the Supreme Court of Georgia.

Devoted to remaining aware of industry changes, Mr. Dozier is affiliated with the Effingham County Bar Association, the Savannah Bar Association and the American Bar Association. Among the many highlights throughout his career, he is most proud of his grandchildren, as well as the numerous picture books he has authored over the years. In the coming years, Mr. Dozier intends to pass the law firm onto his children so that they do not struggle as he once did.

About Marquis Who's Who®
Since 1899, when A. N. Marquis printed the First Edition of Who's Who in America®, Marquis Who's Who® has chronicled the lives of the most accomplished individuals and innovators from every significant field of endeavor, including politics, business, medicine, law, education, art, religion and entertainment. Today, Who's Who in America® remains an essential biographical source for thousands of researchers, journalists, librarians and executive search firms around the world.