Summarizing Divorce in Georgia with 15 Questions and Answers

Summarizing Divorce in Georgia with 15 Questions and Answers 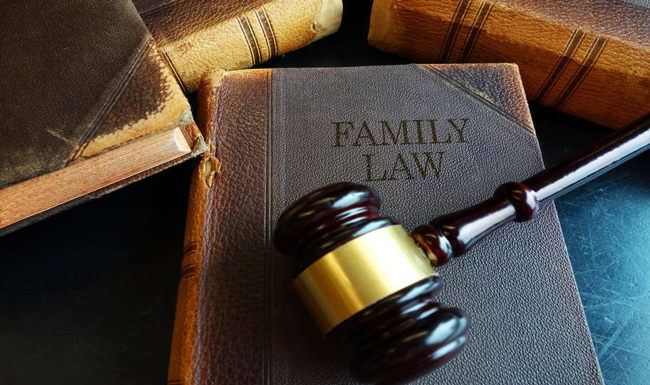 The increase in divorce has its effect, directly or indirectly, on virtually every family in the country. The following information is designed to briefly summarize Georgia’s divorce laws.

Marriage is a civil contract which the State has an interest in preserving. Accordingly, the marriage relationship can be dissolved only as provided by law, by either a divorce or an annulment. It also may be altered by a decree of separation granted by our Courts. In any case, there must be a proceeding in the Superior Court of the County in which the person seeking the divorce, separation decree or annulment must prove “grounds” or valid reasons prescribed by law.

2. What is a no-fault divorce?
To obtain a divorce on this basis (irretrievably broken), one party must establish that he or she refuses to live with the other spouse and that there is no hope or reconciliation. It is not necessary to show that there was any fault or wrongdoing by either party.

4. How does one “file for divorce”?
The person seeking the divorce (the plaintiff) will file a document called a “Complaint” with the appropriate Superior Court. This Complaint includes information on the marriage including present living arrangements, children of the marriage, assets and debts, and the specific reason claimed for seeking the divorce. A copy of the Complaint will be served on the other spouse (the Defendant) by the sheriff.

6. What should I do if I receive a complaint for divorce that my spouse has filed?
The spouse who receives the complaint should promptly consult a lawyer. The spouse may contest the reason claimed for the divorce or contest the claims for child custody, child support, alimony, property division, or debt division by filing an “Answer” with the Court. If, however, an Answer is not filed within 30 days, the right to contest the complaint may be lost.

7. Is there a way to live apart without getting a divorce?
Yes. A party who wishes to live apart permanently but does not want to get a divorce may file a “Separate Maintenance” action. The spouse will remain legally married although living apart. The Court may order that alimony be paid by one spouse to the other, and the Court may divide property between the parties.

8. Must I go to court to get a divorce?
Not necessarily. Spouses may be able to reach an agreement resolving all issues arising from the marriage, including finances, division of property, and custody and visitation of children. The agreements are presented to the Court and, upon approval, made an order of/incorporated into an order of the Court. The Court’s order, called a Final Judgement and Decree, concludes the lawsuit. If, however, the parties cannot reach an agreement, the issues will be resolved by the Judge or a jury. However, a judge always decides matters of child custody and visitation.

9. How long does it take to get a divorce?
It depends. If there is an agreement between the parties, the divorce is considered uncontested. An uncontested divorce may be granted as little as 31 days after the Defendant has been served with the Complaint for Divorce. If there is disagreement as to any matter, the divorce will be obtained when the case reaches the Court, which can take months.

10. Is Georgia a 50/50 state when it comes to divorce?
Not necessarily. Georgia is an equitable distribution state, meaning instead of dividing the marital property equally, a judge will divide the property fairly based on each spouse’s financial and non-financial contributions to the marriage.

11. Can a spouse date while separated and going through divorce proceedings?
You should not date during the separation period prior to divorce. Under Georgia law, you are still legally married to your spouse even if you are physically separated. Extramarital activities could have a negative effect on your divorce proceedings.

14. What is decided at the final trial?
Questions of child custody and parenting time are decided by the Judge. The Judge alone or a 12 person jury (if one of the parties has requested a jury) will resolve all of the financial issues of the marriage, such as the division of property, division of debts, alimony, and child support. At the final trial, both spouses present evidence by their own testimony and may call other witnesses. The decision rendered by the Judge or jury is written into a Court order that is binding upon both parties. The wife’s maiden or former name can be re-established if she so desires.

15. What about the children?
The welfare of children is of major concern to the Court. Neither parent is automatically entitled to custody. The Judge looks at the best interest of the child in determining the proper parent to have custody. The Judge considers many factors when deciding custody. Those factors include the age and sex of the child, compatibility with each parent, and the ability of each parent to care for and nurture the child. A child over 14 years of age can choose which parent will have custody if agreed to by the Judge. The Judge considers it important for a child to maintain a relationship with both parents, therefore, parenting time is awarded to the parent who is not given primary physical custody of the child.

4. Proof of identification
a. Driver’s license
b. Social security card

Legal matters surrounding divorce can be complex and difficult to manage on your own. Dozier Law P.C., Divorce Law Attorneys, have the experience you need to navigate the process to find a solution that works best for you. Our goal is peaceful settlements, but we are prepared to take your case to court if necessary. Contact Dozier Law P.C., Georgia Family Law Attorneys in Rincon, Effingham County, Chatham County, Bulloch County, Screven County and Bryan County, Georgia.

For additional information, go to the our Family Law Practice Area.
Family Law